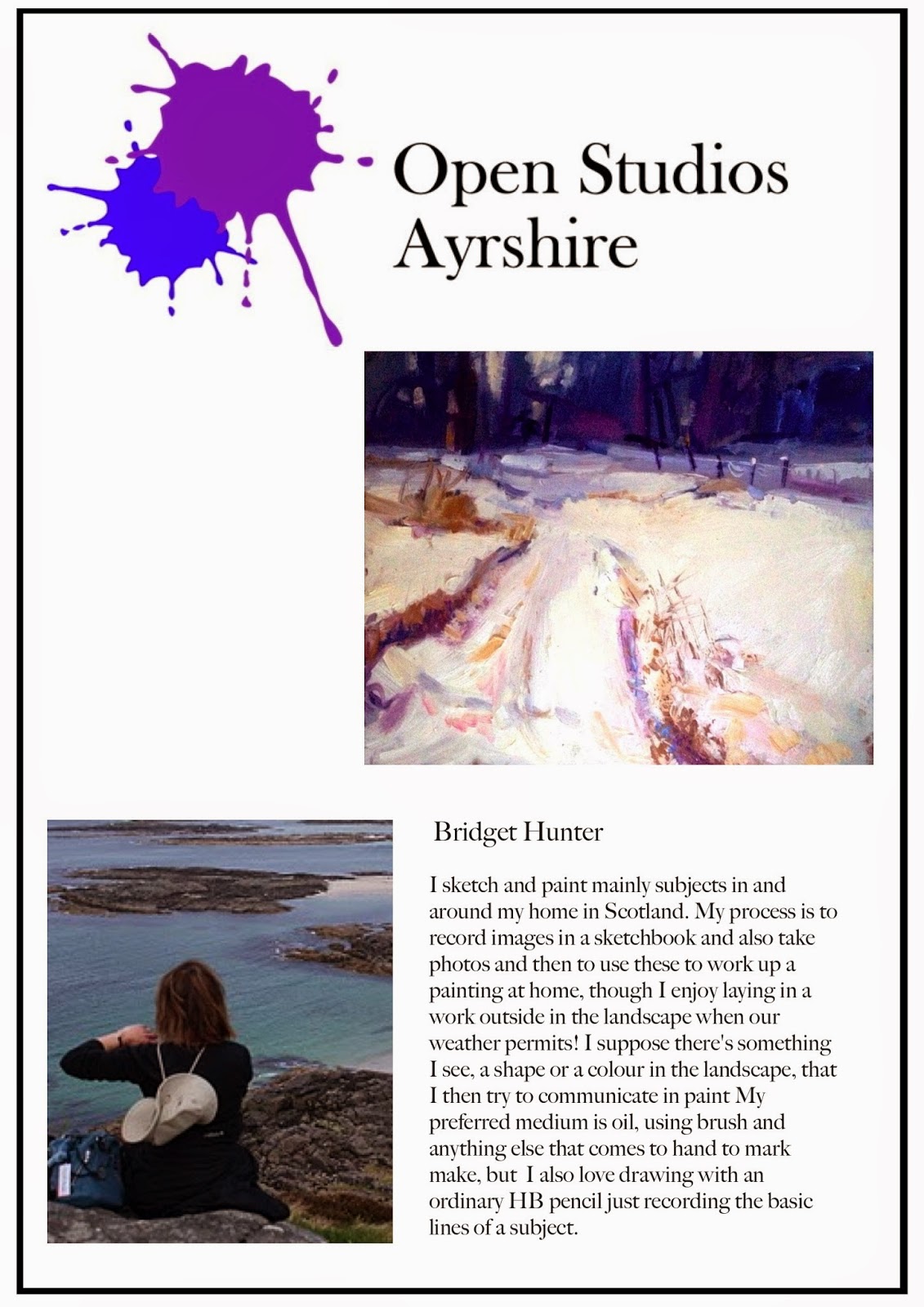 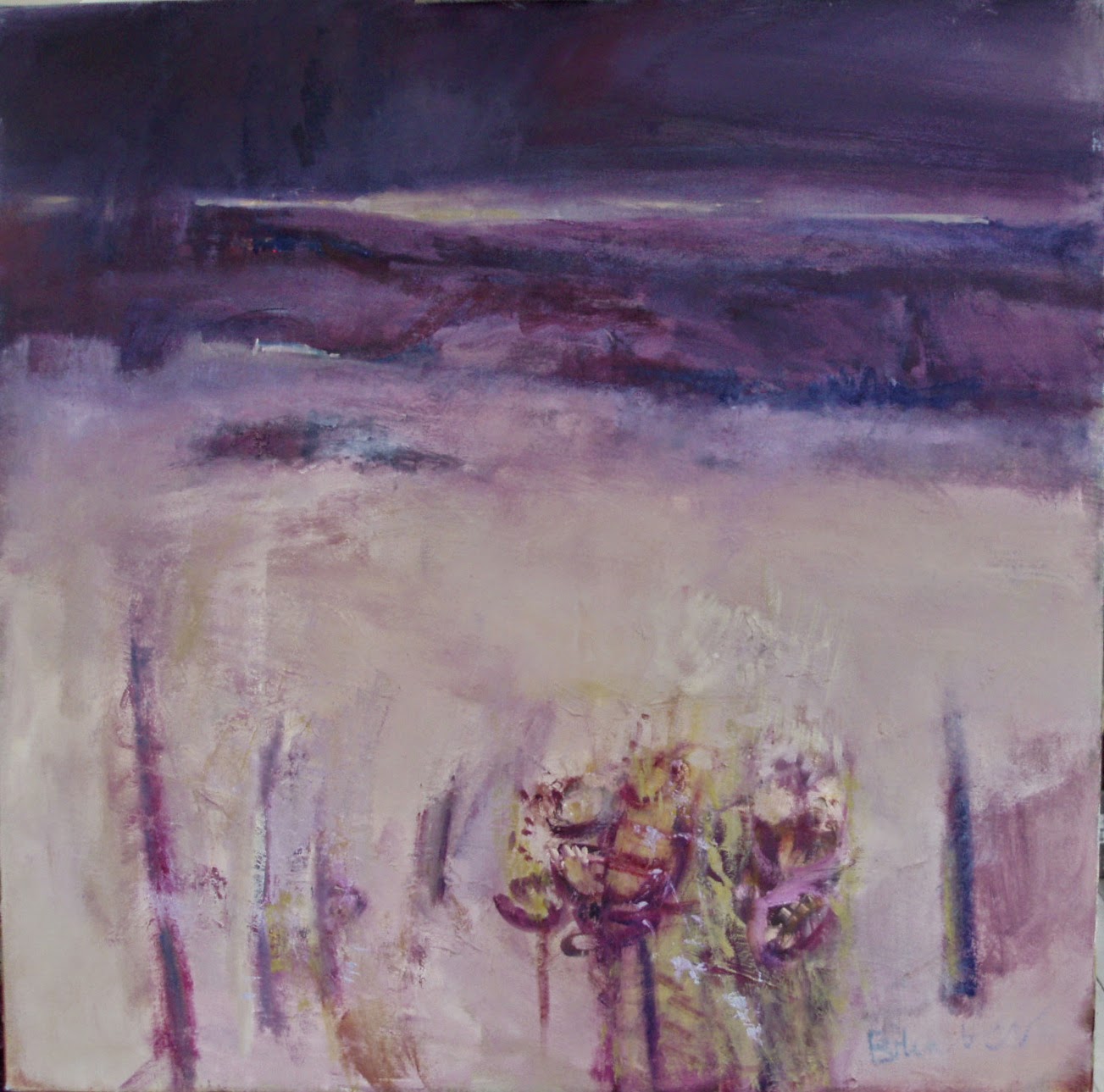 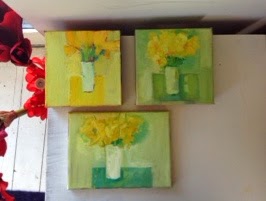 Posted by Bridget Hunter at 00:30 3 comments

A Tale of Before and After 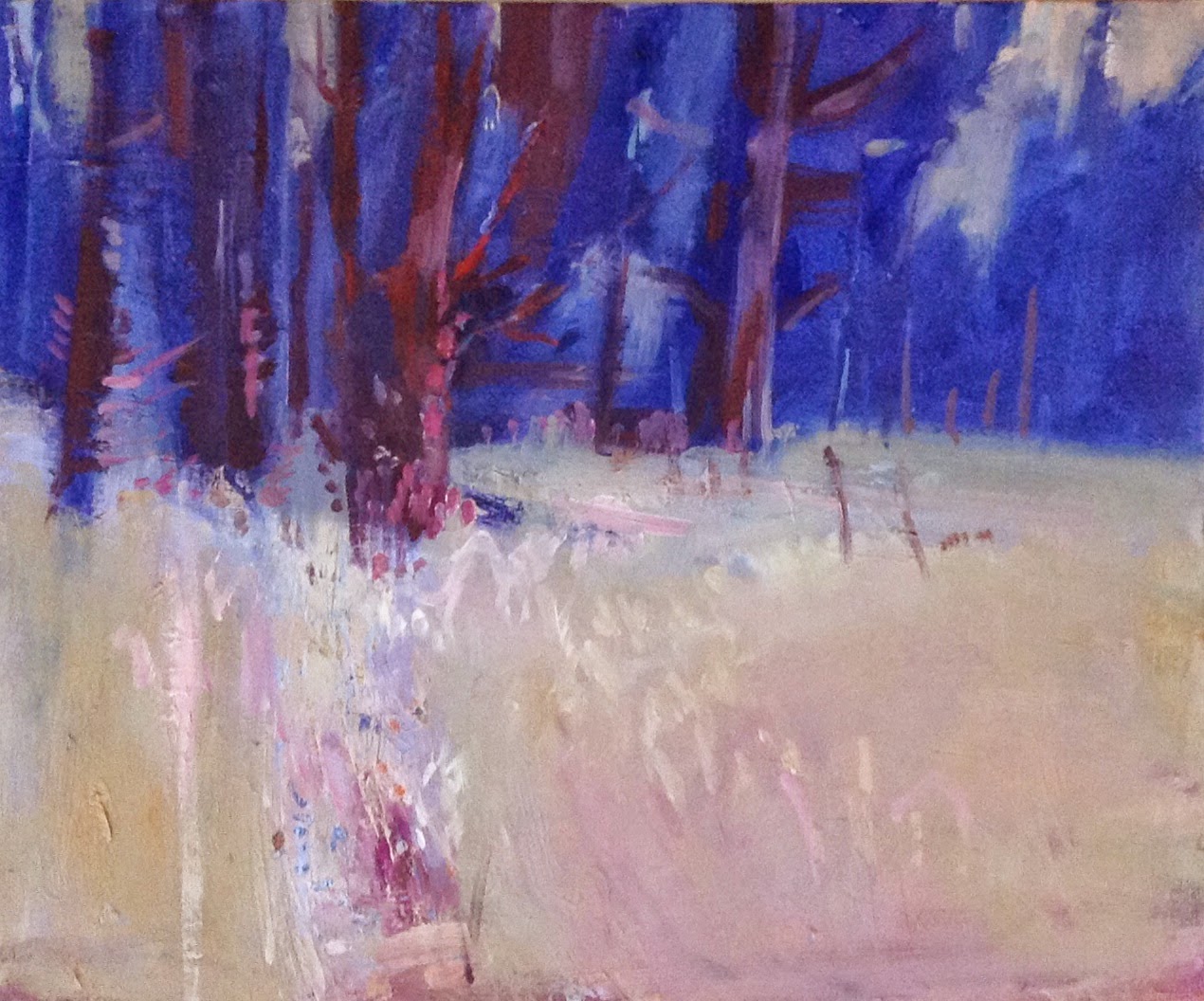 Sometimes you struggle and struggle trying to use paint to express an idea and it just doesn't work                and you either give up or accept the unsatisfactory image.

The image below never pleased me but I took a photo anyway and posted it online.
Yesterday I took it out of the frame and radically attacked it determined that it was either going to work or be relegated to the bin.

This painting above , though not a true likeness of the scene, pleases me much more. 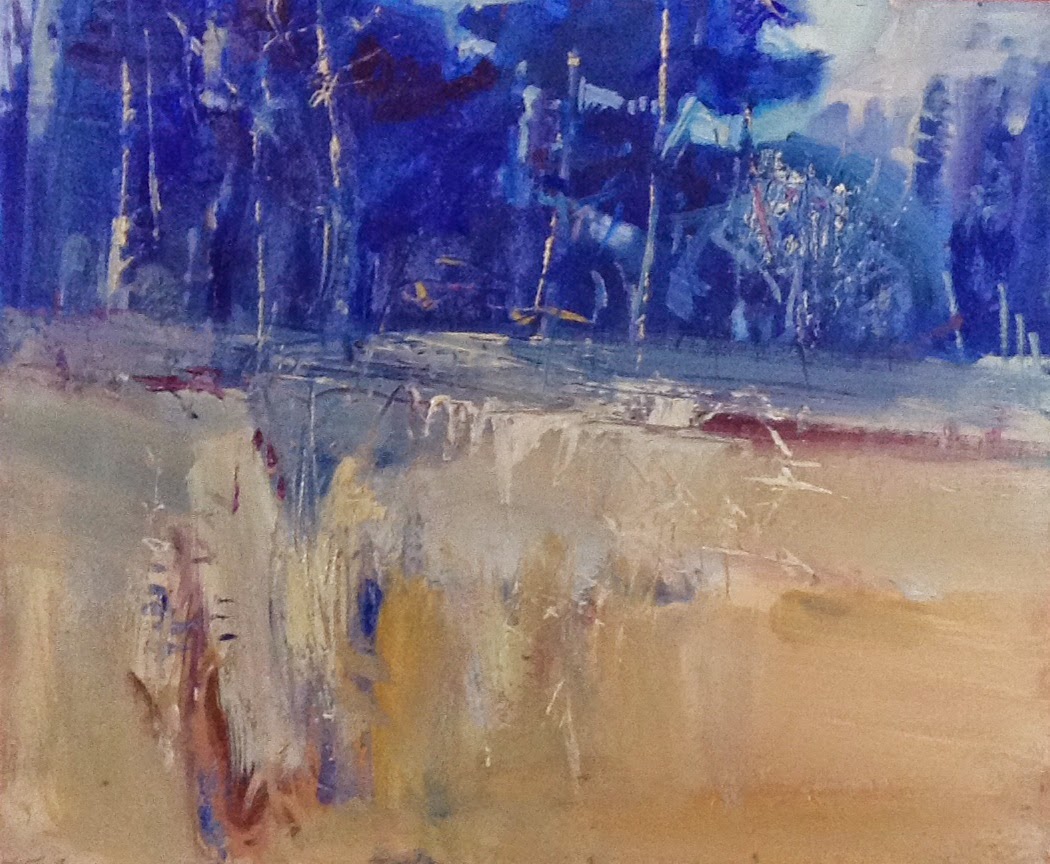 Posted by Bridget Hunter at 10:17 0 comments 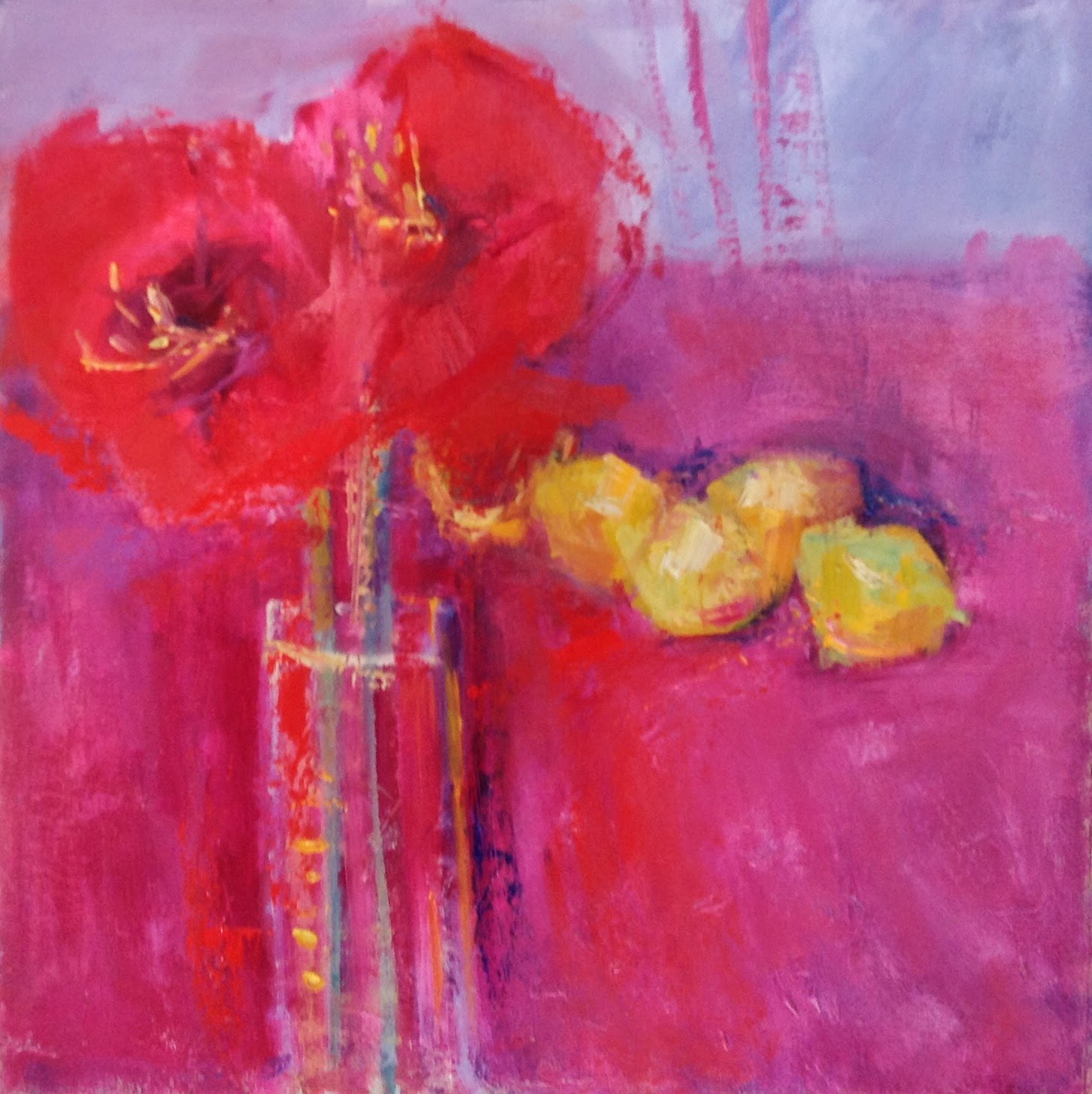 This is the latest painting combining that wonderful Amaryllis with the cool yellow of lemons.
I used this other painting below as the resource reworking the idea in a different format and enjoying the mark making and the rich warm and cool reds. 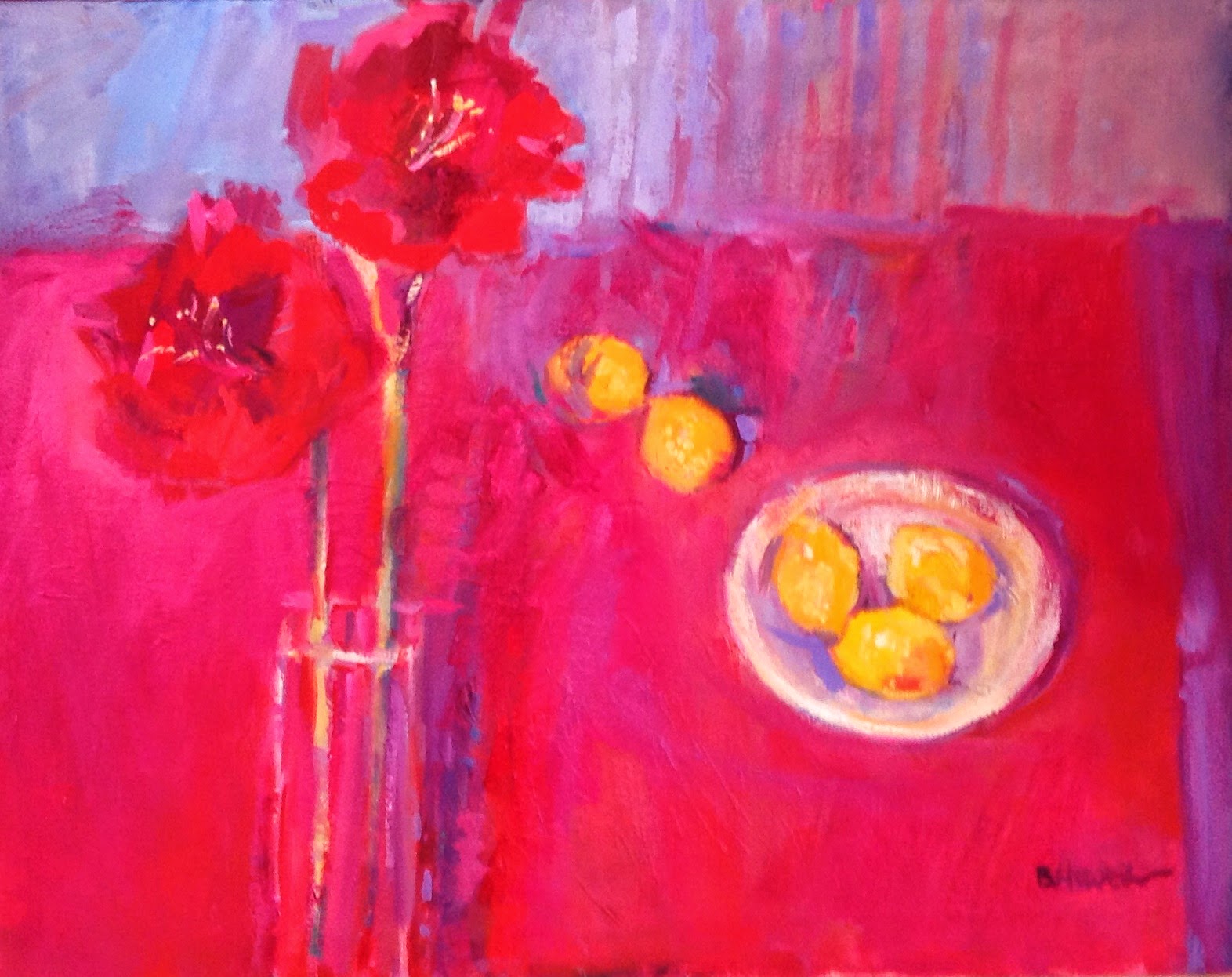 Amaryllis with Red
Oil on Board 30x24" 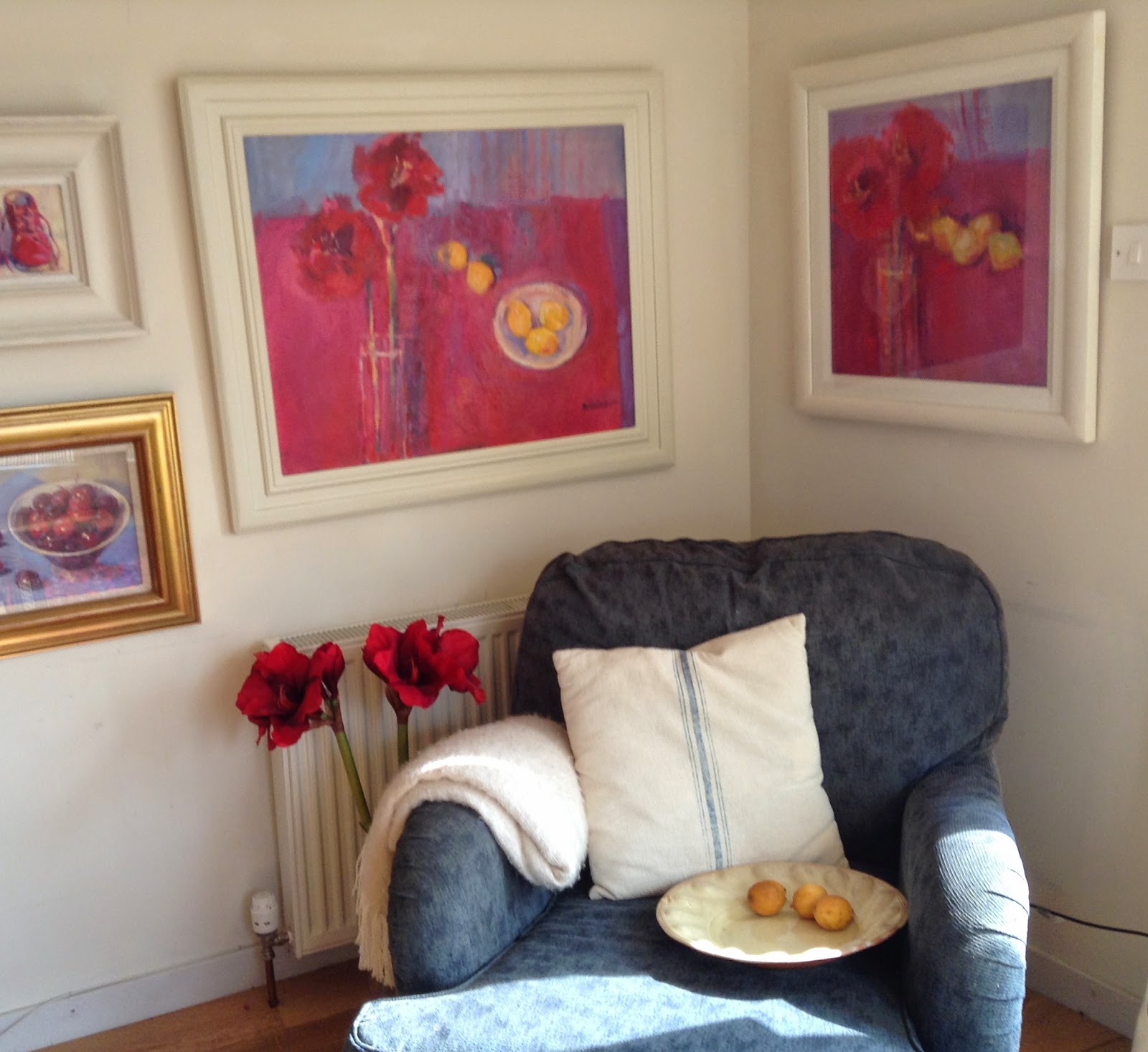 I've now got a red corner in the back room and it's a great place to sit with the morning coffee.

So, more work ready for Open Studios and also another exhibition in May, one red still life for each.

Posted by Bridget Hunter at 00:11 2 comments 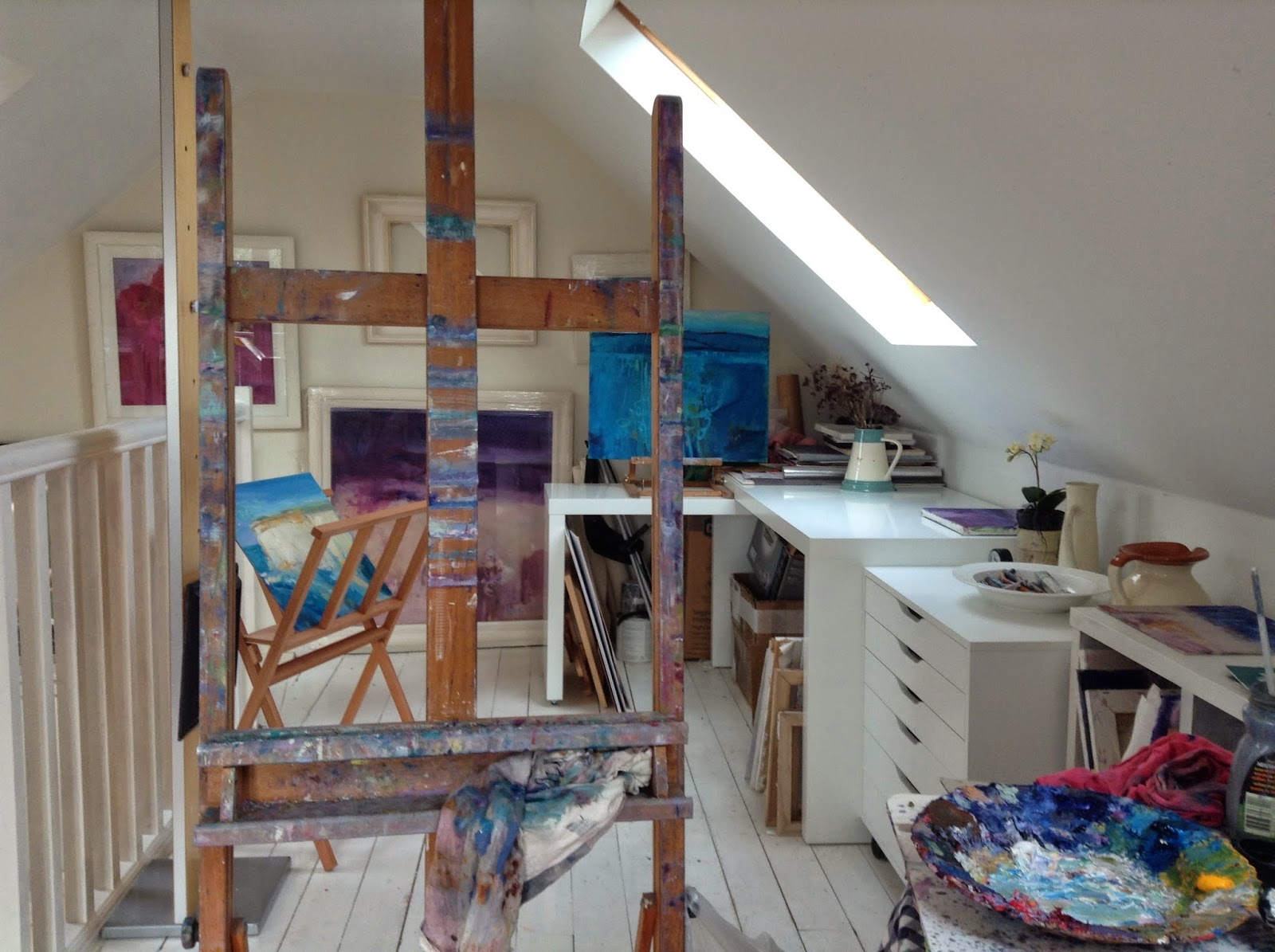 The Studio with new furniture including this very handy drawer unit for storing all sorts of papers.
It's never looked so prim and tidy. 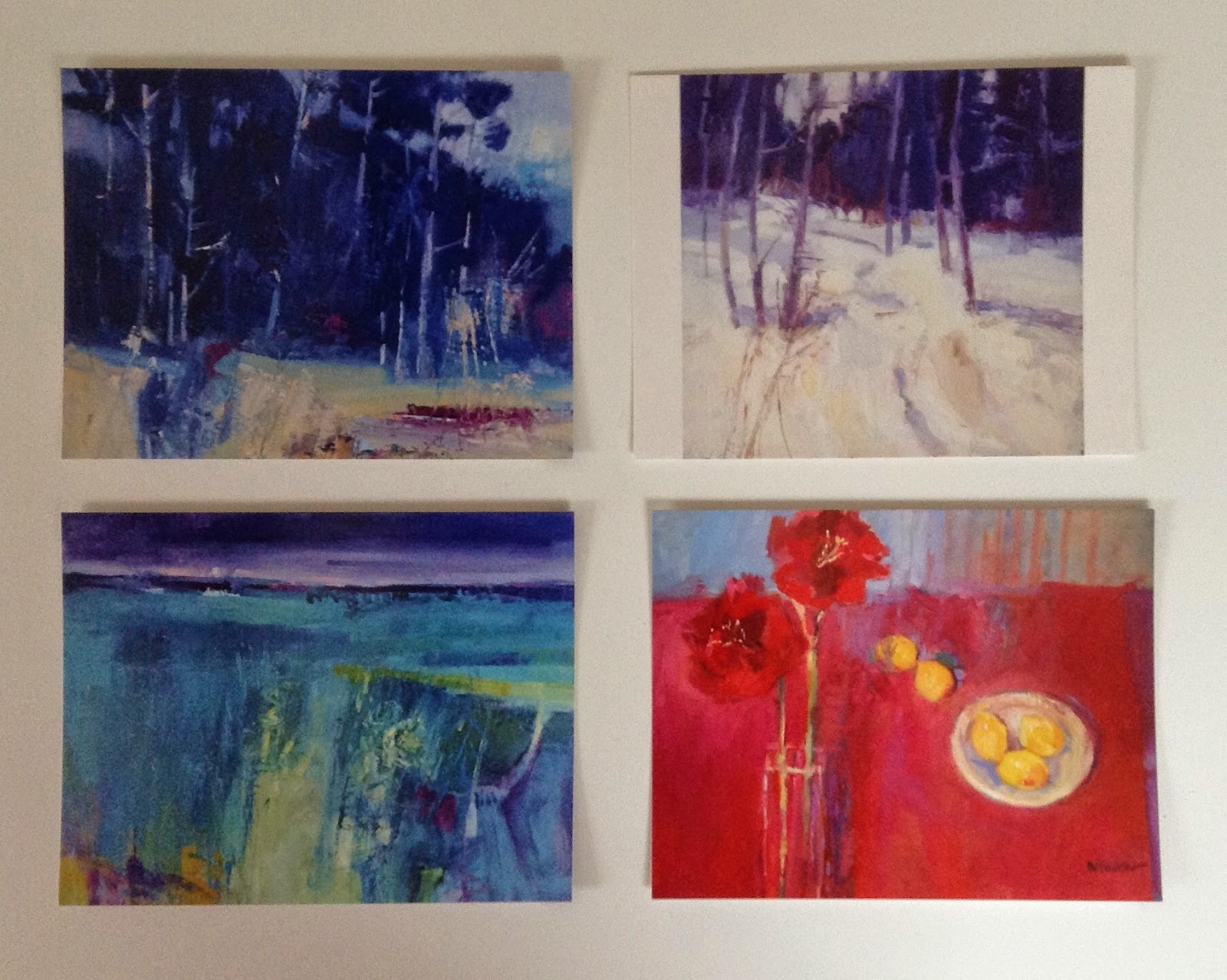 I chose four paintings to be printed as postcards and I'm very pleased with the quality.

So, Studio looking posh and postcards ready,  all set here for Open Studios in a few weeks.

Posted by Bridget Hunter at 23:45 2 comments